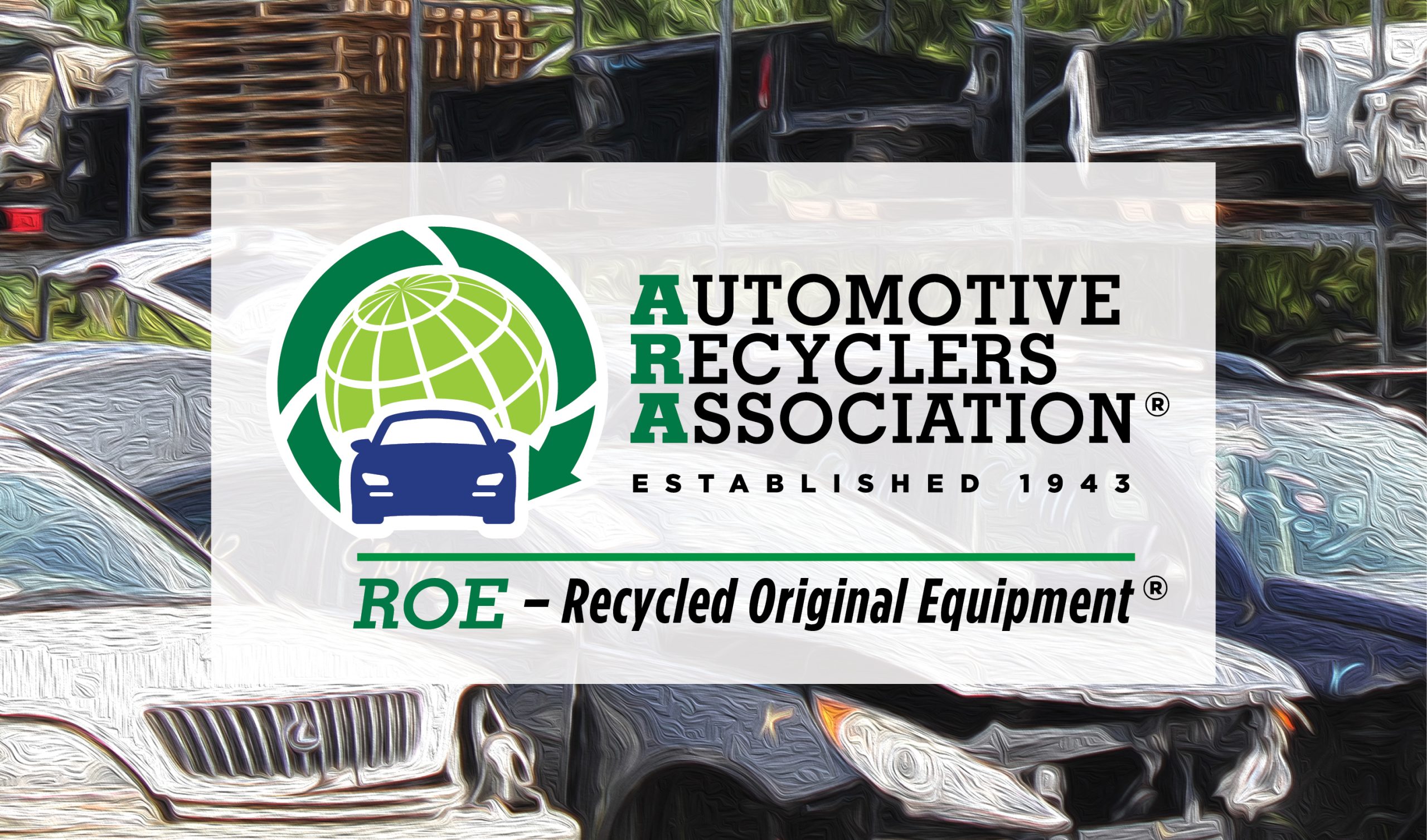 As my term as President comes to an end, I would like to share some of my thoughts and talk about what we have accomplished as an Association – which includes some of the challenges that we have faced, and how this Association has responded to these challenges. Like I always say, challenges can be opportunities in disguise.

This past year, we have been faced with numerous challenges, take for instance the catalytic converter laws. Over 130 bills have been introduced on the state level alone, and this Association has monitored them all. We have also been working with the regulators, such as the Environmental Protection Agency (EPA) and the Department of Energy (DOE), just to name two.

And, bringing the industry up to speed on certification, with training and education on safely managing and handling this new technology, has never been more crucial.

On the electric vehicle front, we have represented this industry in high-level meetings with the OEMs, NAATBatt, and the Suppliers Partnership for the Environment, to secure our position in the future to re-use and recycle parts from these vehicles. The approach to the new technology has been to, first, get it on the market and, then, figure out how to manage it later. All of the players in this new industry were amazed at how we were already on top of this and have figured out many of the issues.

The most exciting thing is that the OEMs now no longer look at us as adversaries. They understand that  we are relevant, viable partners now. (How about that!)

While being chosen for the Executive Committee by my peers, and assuming the role as President has been an honor, I must say that it is one that I did reluctantly. Being President is a political position, and being a non- political person, I sometimes felt like a square peg in a round hole. I was unsure how this would play out. I would joke about being impeached, but I must say that this position has grown on me. I have seen the ARA team get some important things done that I would never have expected. Like in anything else, we have had our share of wins and losses. I was worried about how good of a job I would do, but looking back over my four years of service, I now see that all we have done as a team has made a positive difference for all who we serve.

For our members, you can be sure that this Association is now stronger, and the industry’s future looks brighter. In business, as well as competition and life in general, we all have adversaries. With ARA, it is no different. The big difference is that we have not only earned the respect of our adversaries, they are willing to work with us, not against us.

You have a great team with this year’s Executive Committee: Shan Lathem, Nick Daurio, Eric Wilbert, and Shannon Nordstrom. I could not be more proud of all of them. The same can be said for the ARA staff. They work hard. Sandy, your Executive Director, is a great leader and an inspiration to all. Sorry guys, but I have always said that women are better suited for business than men. Anyone who has any doubts, just look at Sandy. She is the face and the driving force of ARA. She is a hard worker, relentless and tough as nails. If I ever had to go into a tough situation, she would be the one that I would want to go with.

We also have Kelly Badillo, the Senior Director of Member Services and the Certification Program, who just celebrated her 30th anniversary with ARA. Longevity and loyalty are rare qualities these days.

Maria Miller, Administrative Assistant, is the “Steady Eddie” of the office.

Emil Nusbaum, Vice President of Government and Regulatory Affairs, does a great job representing our industry on legislative and regulatory issues.

Vince Edivan, Director of Member Relations, has done a great job trying to promote this industry and delivering the message as to who we really are and what we really do.

Kim Glasscock, meeting planner, works hard and does a great job planning all of our events.

Last, but not least, Jessica Andrews, Senior Director of Association Operations and Director of State Government and Grassroots Affairs, in addition to running the office, does a fantastic job of holding everything together and keeping everyone organized. She does all this even with having four small children (her daughter Claire was born during ARA’s convention). Jessica is my choice for the 2022 ARA President’s Award. She is the cornerstone of the ARA office, and Sandy could not be Sandy without her.

Shan Lathem is going to do a great job for you guys. As I pass the gavel on to her, I know that this Association is in good hands.