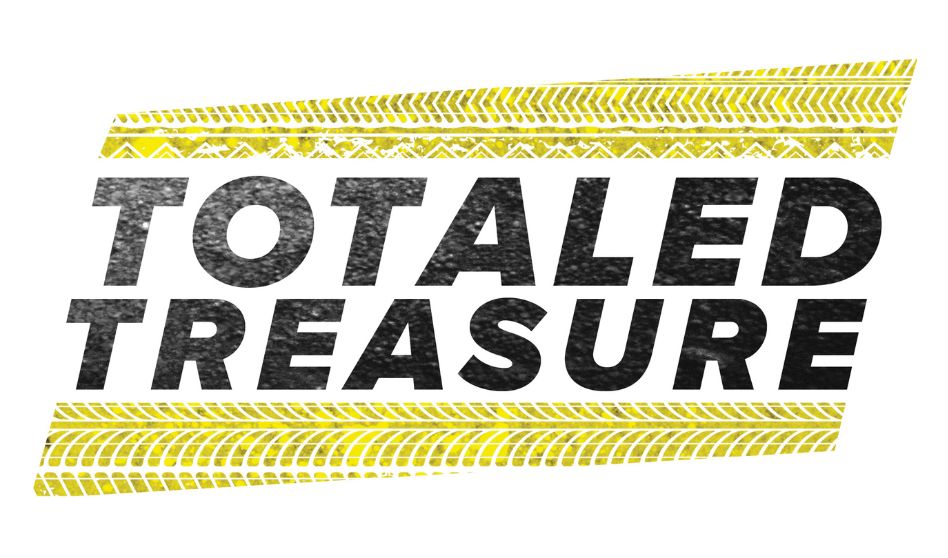 One year in, Totaled Treasure is gaining popularity among YouTube viewers as its stories provide infotainment and comic relief on auto recycling.

Vince Edivan, Jonathan Morrow and Aaron Stone are the masterminds behind ARA’s Totaled Treasure, an Internet sensation on YouTube and Facebook. Editor Caryn Smith of Automotive Recycling magazine talked with Vince and Aaron to get their insights on the show’s success thus far and what the future holds.

Automotive Recycling magazine (AR): We are coming up on a year of production on Totaled Treasure is that right? Why don’t you tell us how Total Treasure came about.

Vince: This is a great story because there were two narratives working separately and the lynch-pin was Jonathan Morrow, who is a lifelong friend of Aaron. So the connection is between Aaron, Jonathan and myself and we all spent decades at the same church. So we knew each other already, and then I came to work in the industry.

Industry awareness was always a topic of conversation when the ARA Executive Committee would meet. And so, it was always top of mind because my role with ARA is to be out front, traveling to recycling facilities, meeting members and non-members. So I’m always thinking about how we can broaden the perspective of the auto recycling industry for people who aren’t in the industry.

One day I called Jonathan and said, “Hey, I’ve got an idea. I think I’m going to take my phone when I go to visit a recycling facility and ask their permission to go through some of their cars and see what I can find.”

What I didn’t know was that Jonathan had been speaking to Aaron in their own conversations on this same idea. So all of us were conceptualizing it at the same time.

Aaron: One of my first jobs was working at M&M Auto Parts [Jonathan Morrow’s family-run auto recycling business] so I was aware of the industry, and my brother works in the industry. Now, I own Ultraviolet Media, a video production company.

I was talking to Jonathan about the lack of visibility of the industry. It’s such an amazing industry but the average person doesn’t know what it is, what it does, or how it can help them. So I said that we ought to film the cars that come in. You are always finding crazy stuff so let’s make a treasure hunt show for YouTube. The analogy for our idea was similar to The Deadliest Catch. Most people didn’t know about crabbing before that show but now there is such an awareness and appreciation, and it’s done a lot for that industry. So I said, let’s make content that is not only entertaining, but also brings people into the world of auto recycling and they get to see it.

After we pitched it to ARA, it was decided that Vince and I should work on it together.

AR: So the mission is to build awareness of the industry while you guys have a good time?

Vince: Exactly. The word we use to describe it is ‘infotainment.’

Aaron: It is made to be entertainment, but it is important for us to put the industry in an accurate and good light. People want to watch it because it is fun – but it has a high value for the ARA because it is making people aware of what this world is and the difference it can make it their life, in the world and in the environment.

AR: So we see the finished product but I’m sure there’s a lot that goes on behind the scenes. Tell us what it’s like to shoot an episode.

Vince: Before we get to that, I want to point out where Aaron is pulling double duty on Totaled Treasure. Everyone sees Aaron on camera, but he is also the creative mind behind Totaled Treasure. You have no idea how hard his brain is working because he is thinking in front of the camera but also what he wants it to look like for the viewer. I would also point out how hard he works in creating the story while doing double duty.

Aaron: Thanks Vince. I’ll send you the money later. The show starts when we secure the location and we get an automotive recycling facility owner who wants to do it at their location. So, if someone is a member of ARA and wants to be part of the show, get in touch with us. We’d love to do it and honor these places and tell their stories.

There are a couple of weeks of pre-production and we always try and schedule things a couple of months out. I find out what is unique about their location, what they do and the routines that they have that are unique. It is about finding those story lines that we can use to create the backbone of the show. I also create a loose outline and a loose script. We know where we are going and who we are meeting, but we have no idea what we are going to find. That is all real.

We have a three-day shoot so we usually do what we call the “big search” on the first day so that we have a day and a half to come up with an ending. We don’t usually have an ending planned and that is important to make the show feel alive.

Vince: On the first night after the first day of shooting when we’ve done our big search, we usually will be having dinner as a crew and we will be talking through three or four different endings based on what we found that day. Like the show featuring Cocoa Auto Salvage where we found the Apple Watch. We didn’t know where we were going with that. But we powered it up, and found it wasn’t locked. We located the owner’s contact info and we sent that watch back to the owner.

Aaron: After we finish filming, we go home and then there are weeks of editing. As far as the crew goes, it’s Vince and I – and I’m usually directing – and we have one principal photographer, but he’s also somewhat of an assistant director. We have an audio guy, editing guy and a marketing person, as well. And then Jonathan serves as executive producer. It is a lean operation and scaled to a YouTube budget. Vince has been the heart of the project because of his passion and excitement for it, which comes across on screen.

AR: What is the feedback from recyclers? How are they using these videos?

Aaron: With social media we have a worldwide audience. Every new episode we’ve done keeps getting more and more reviews. It can only grow, which is great for the auto recycler.

Vince: One of the biggest compliments we receive is that they are thrilled with the package. In fact, the biggest indicator of success is that one recycler who participated sold the idea to another recycler for me. That’s the best thing that can happen: when your clients sell your product for you.

AR: Can you tell us about when you highlight the employees in the episodes? What does that mean to them?

Vince: One of the initial conversations that Aaron has with the recycler is that we need an individual who has a great character or is funny. It’s rare that the recycler only comes up with one name. It has been really great to do this because it makes these employees feel appreciated that the owner would want to highlight them as a main character in the operation.

Aaron: These aren’t just jobs, this is a career. A great career where you can work your buns off, make a good living and feel good about what you’re doing. And so that’s something we always want to have in the DNA of the show. That is an important element – showing these people and the pride that they have. We asked one guy, “What is best thing you ever found in a car?” and he replied, “My career.”

AR: What is the funniest thing that you’ve found that stands out in the episodes you’ve done?

Aaron: The easiest find for me to tell people about it is finding a dolphin skull in the back of a Dodge Ram. We don’t know what we are going to find.

On a different show, I found a chair and a rug, so in my mind I thought I’m going to try and find an entire living room. But I don’t know if that is going to pay off or if we are going to have to scrap the whole thing. So we find a chair and then we find a table and I said, “If we can find a television, I’m going to lose it.” And sure enough we found one of those small portable televisions in a back of a van.

Vince: This was one of those totally organic, unscripted moments, when Aaron sees the television and he comes running by me, jumping up and down like a crazy person because he knew he had just completed the circle of this thing we are trying to put together.

AR: So what’s the plan for this next season of Totaled Treasure?

Aaron: We have enough content lined up to take us through the end of the year, starting with the new episode at the end of September. If you want to be the recycler we feature in 2022, we’d love to tell your story, have a lot of fun and put you in a great light.

Vince: We would also welcome sponsors. The more we can get sponsors involved, the more recyclers we can get involved because we can underwrite the expense through sponsorship.

For more information about being a part of Totaled Treasure, as featured recycler or as a sponsor, contact Vince Edivan at vince@a-r-a.org.