Making the Most of Advocacy 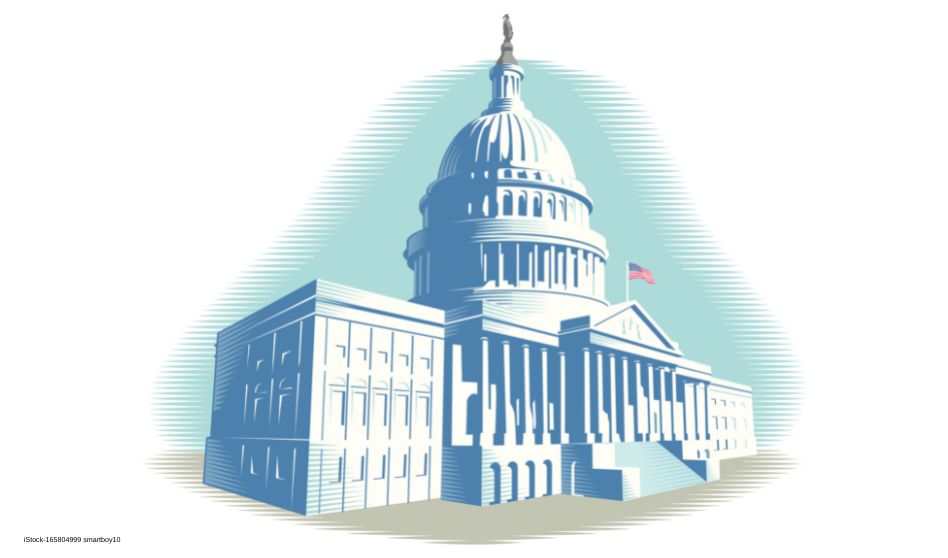 The ARA Government Affairs team and committee have been hard at work this year on behalf of ARA members and the industry as a whole. Here are some key issues we have been working on.

• Of the 203 pieces of legislation, 132 were catalytic converter anti-theft bills that were introduced in 34 different states and the U.S. Congress.

• ARA’s Government Affairs Committee is continuing to develop a glossary of automotive recycling terms that will be used as an educational tool with legislators and regulators.

ARA submitted comments to the American Association of Motor Vehicle Administrators (AAMVA) on the data elements included within AAMVA’s E-Titling Framework. It is important to note that AAMVA’s E-Titling Framework is only recommended best practices for state department of motor vehicles and is not a nationwide e-titling program being administered by AAMVA. As an important party and stakeholder, ARA recommended that AAMVA incorporate two new data elements relevant to the National Motor Vehicle Title Information System (NMVTIS). The two data elements AAMVA should include are: (1) whether a VIN has been reported into NMVTIS; and (2) if a VIN is included within the NMVTIS system the disposition of the VIN. The inclusion of these data elements into AAMVA’s E-Titling Framework will take advantage of available NMVTIS data. The benefit of including ARA’s recommendations is that it will strengthen the coordination of electronic titling and NMVTIS.

ARA Highlights the Professional Automotive Recycler’s Strategic Importance Within the U.S. Supply Chain to the U.S. Department of the Interior

ARA submitted written comments in response to the U.S. Department of the Interior’s (DOI) 2021 Draft List of Critical Minerals. ARA’s comments emphasized the important role professional automotive recyclers play within the U.S. supply chain. The DOI produced the 2021 Draft List of Critical Minerals in response to an Executive Order signed by President Trump in 2017. President Trump’s executive order called for the DOI, in coordination with the Secretary of Defense, to produce a list of critical minerals essential to the economic and national security of the U.S.

In February, ARA submitted comments to California’s Lithium-ion Car Battery Recycling Advisory Group (Advisory Group) to assist in the development of policy recommendations that support the reuse and recycling of electric vehicle batteries. In 2018, the California State Legislature passed legislation establishing the Advisory Group for the purpose of developing policy recommendations “aimed at ensuring that as close to 100 percent [of] possible of lithium-ion vehicle batteries in the state are reused or recycled at end-of-life in a safe and cost-effective manner.” As part of the Advisory Group’s knowledge-building period throughout 2019-2020, ARA was invited by the Advisory Group to give a presentation on electric vehicle dismantling.

In the absence of a formalized training program provided by vehicle manufacturers, ARA’s comments highlighted the work the Association has done to create a training program by and for the industry. ARA encouraged manufacturers and other stakeholders to contribute to this training and certification program that provides necessary information for the safe handling and storage of lithium-ion batteries.

Over the summer, ARA provided the EPA with information on how automotive recycling promotes electric vehicle battery reuse, repurposing, and recycling. The input was in response to a notice published in the Federal Register requesting information to help with the agency’s development of best practices with respect to the collection of batteries to be recycled and the establishment of a program to promote battery recycling through the development of voluntary labeling guidelines.

In response to the EPA’s request for information to assist in the development of labeling guidelines, the ARA urged the EPA to include the following information in the form of physical labels and an electronic database: (1) battery type and chemistry; (2) known pollutants and composition; (3) safety information; (4) where batteries can be located within a vehicle and how many batteries a vehicle contains; (5) how battery cells are connected; and (6) a vehicle identification number. All six of these pieces of information are critical to promote electric vehicle battery reuse, repurposing, and recycling. It is also critical in making sure that automotive recyclers can safely dismantle and reuse, repurpose, and recycle electric vehicle batteries.

On January 25, 2022, the EPA published a notice for public input in the Federal Register requesting public input on the EPA’s industrial stormwater program’s 29 industry specific fact sheets. ARA submitted comments to the EPA to assist the agency in its evaluation of the National Pollutant Discharge Elimination System (NPDES) Industrial Stormwater Fact Sheet for automobile salvage yards. The US EPA industry specific fact sheets are “used by permittees, industrial stormwater stakeholders, and state/territory NPDES permitting authorities on a voluntary basis as a reference tool and informational resource.” Therefore, the final fact sheets published by the U.S. EPA will have an impact on automotive recyclers as they become persuasive authority. ARA’s comments focused on addressing provisions in the fact sheet for automobile salvage yards that were either irrelevant to preventing stormwater pollution or that encouraged outdated business practices.

Leadership of ARA has met with leaders from the International Precious Metals Institute (IPMI) and the Institute of Scrap Recycling Industries (ISRI). The associations discussed how the epidemic of catalytic converter thefts across the United States is having a negative impact on the public and their respective membership. At the meetings, ARA continues to maintain that professional automotive recyclers do not generally purchase detached catalytic converters but purchase entire vehicles with catalytic converters still attached. Automotive recyclers are required by federal law to report every vehicle they acquire into the National Motor Vehicle Title Information System.

Additionally, the associations discussed the lifecycle of a catalytic converter and began identifying points in the chain of commerce where stolen catalytic converters are most likely to be laundered into legitimate business stream. The parties agreed that it would be beneficial to continue conversations regarding catalytic converter theft with the hope that each group can reach a better understanding and agreement with one another.

It was a busy legislative season for ARA and its affiliated chapters and members. ARA tracked over 200 pieces of legislation since January 1st. Most of these bills were related to catalytic converter anti-theft initiatives.

Besides catalytic converter anti-theft legislation, ARA worked on a myriad of other issues that would impact the recycled parts market and ARA member businesses. Several states introduced right to repair bills that addressed agricultural equipment, digital electronics, and motor vehicles. However, the automotive recycling and aftermarket parts industry has been patiently waiting for a decision in the right to repair lawsuit challenging the legality of the 2020 ballot initiative. ARA also saw legislation that included state efforts to: improve titling efficiency, electronic titling, combating illegal dismantling, airbag fraud, and a growing focus on state efforts to study electric vehicles and batteries.

In Tennessee, ARA went on the record opposing a new waste tire disposal fee that would negatively impact businesses selling used tires. Fortunately, this piece of legislation did not pass.

As far as electric vehicle and electric vehicle battery legislation, ARA continues to work on efforts in Massachusetts, Texas, and New Jersey that would establish state sponsored task forces to study the issue.

ARA continues to advocate for automotive recyclers in New York to have the ability to sell recycled OEM non-deployed airbags.

ARA thanks all those that participated in the weekly state legislative update calls. These calls will resume in January 2023.

For all your policy and advocacy-related questions please reach out to either Emil Nusbaum at emil@a-r-a.org or Jessica Andrews at jessica@a-r-a.org. Or call ARA headquarters at (571)-208-0428.

Emil Nusbaum is the vice president of government and regulatory affairs for the Automotive Recyclers Association. He can be reached at emil@a-r-a.org. 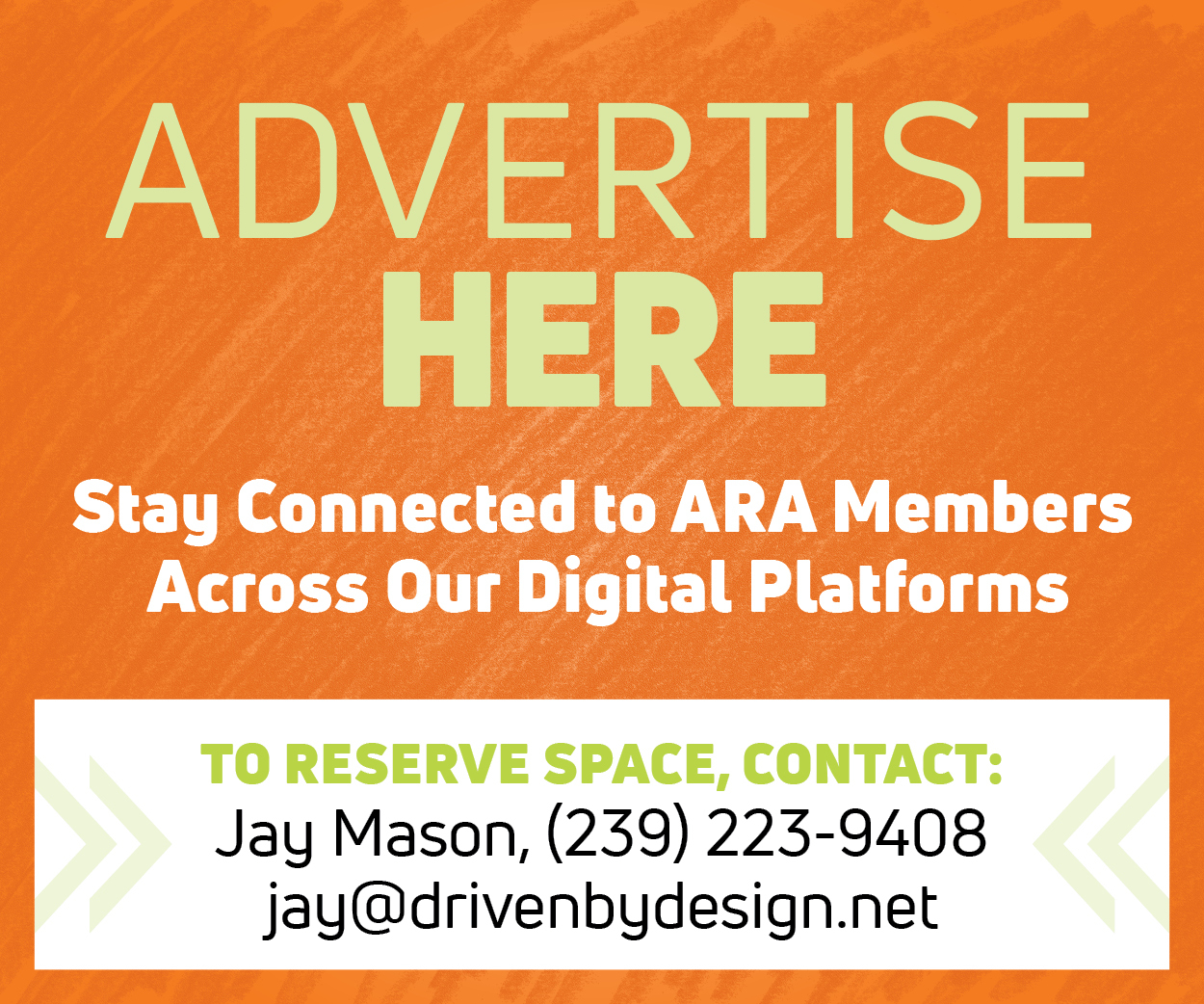